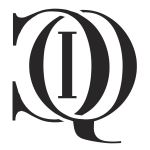 How successful you become is mostly up to you. Success also depends on how you’re perceived by others. Numerous studies have shown looks can impact career advancement.

Some say physical appearance matters even more to employers than a cover letter.

Researchers have found that facial structure, hair color, and weight all can affect our paychecks. We can’t help our genes, but some of them may be helping us more than others.

Here are a a list of physical attributes that boost careers

If you’re a 6-foot tall male

Men who are at least 6′ tall make an average salary of $5,525 more than their shorter, 5’5 counterparts, says Harvard University.  Another study polled half of all the Fortune 500 companies about the height of their CEOs.  On average, male CEOs were three inches taller than the average man at just under 6′.

If you’re a skinny woman New York University sociologist Dalton Conley conducted a study and discovered that a woman’s weight negatively impacts her household income and “job prestige.” In fact, a 1% increase in body mass results in a 0.6 percentage point decrease in family income.

Another study by Jay Zagorsky titled “Health and Wealth” found that Caucasian women get the most financial slack for higher weight, seeing their wealth drop 12%. In comparison, African-American women who are overweight only see a 7% drop. Men weren’t affected.

For every three inches taller than average they are, women earn 5 to 8 percent more money than women of average height.

Have one eye that’s smaller than the other? It could be costing you some of your paycheck. Symmetry is perhaps the greatest sign of perceived beauty, and people who are attractive make a considerable amount more than everyone else.

If you smile a lot

Rick Wilson of Rice University studied “Fiscal Attraction.”  He found a correlation between good looks and success. In particular, the better a person looks, the more other people trust them, and trust is a quality most leaders possess. One of his findings also showed that subjects ranked people who were smiling as more trustworthy than people with straight faces.

But not if you’re too attractive

Normally, being pretty is a good thing. It’s been proven time and time again that attractive people make more money.  Cute babies are held and played with more than others, teachers have higher expectations in the classroom for good-looking children, and hiring decisions are made largely (but often subconsciously) on looks.

One study, Physical Attractiveness Bias In Hiring, shows that beauty can be beastly.  When women apply for jobs typically handled by men, they are discriminated against. One of the researchers says, “”In these professions [such as manager of research and development, director of finance, mechanical engineer and construction supervisor], being attractive was highly detrimental to women,” said Johnson. This was only the case for women.  Extraordinarily attractive men weren’t found to be discriminated against.

According to The Times, “facial hair has long been considered a potential blight on career advancement.” They report the results of a survey: “60% of businessmen without beards or mustaches feel that these features are a bad sign. Some feel that the person can’t be bothered to shave and others that they are hiding something.”

63% of men also report that hair loss or balding has negatively affected their careers.  US News and World Report discusses how plastic surgery can boost careers, in particular hair implants. “In the corporate world, there’s a lot of emphasis on image, and image goes with self-confidence,” says Antonio Armani, a Beverly Hills, Calif., cosmetic surgeon who specializes in hair transplants. “I think a lot of people do invest money in improving their looks because they feel this is one way they can go up the corporate ladder.”

The American Academy of Facial Plastic and Reconstructive Surgery also reported that two thirds of its members, both men and women, wanted cosmetic surgery because they wanted to “remain competitive in the workplace.”

If you’re a woman who wears makeup

If you dress conservatively

Harvard Business Review writes about how dressing professionally and conservatively can advance careers: “Women, in particular, believed that dressing the part was a vital factor in attaining success: 53% of them felt aspiring female execs needed to toe a very conservative line, avoiding flashy make-up, plunging necklines, too-short or too-tight skirts, and long fingernails — exactly the sort of sartorial no-nos UBS spelled out. “Indeed, half the women surveyed and 37% of the men considered appearance and EP to be intrinsically linked; they understood that if you don’t look the part of a leader, you’re not likely to be given the role.

Far from imagining that appearance is a personal matter, they perceived that looking well-turned-out engenders self confidence, a trait they considered the bedrock of authentic leaders.”

If you have great posture

According to Harvard Business School’s study, “Power Posing: Brief Nonverbal Displays Affect Neuroendocrine Levels and Risk Tolerance,” sitting in a position that oozes confidence (i.e. legs up on your desk, chest puffed out, or leaning forward) will make people deem you powerful.

It raises testosterone levels by roughly 20% and lowers the stress hormone cortisol by the same.  The reverse is also true. If you slouch, cross your legs, or look weak, it works against you.  Sitting powerfully for just two minutes can make a psychological difference.

As your Dallas Fashion Coach,  it is my mission to help my clients always look fabulous, without being a slave to the whimsical ways of fashion trends.  I am passionately committed to making sure my clients always look their very best in order to help them achieve their personal and business goals.  If you have any questions or are interested in a personal consultation, please give me a call at 214-223-2200.